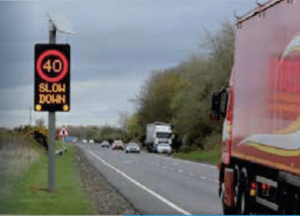 The A75 road is the main route from Northern England for the Cairnryan to Larne Ferry. 1.5 million vehicles per annum use this road, including 200,000 Heavy Goods Vehicles. Traffic tends to come in waves and is very heavy after a ferry has just been unloaded. Scotland TranServ identified that the A75 had an accident rate 1.5 times higher than the UK average, with Heavy Goods Vehicle drivers at particularly high risk of accident and injury.

Together with partners Clearview Intelligence, Coeval developed an innovative scheme for reducing speeding drivers along the length of the A75, even at sites without mains power. Vehicle Activated Speed Warning Signs were installed across six locations to encourage speed compliance and change driver behaviour.

The Vehicle Activated Speed Warning Signs recognise differing speed limits according to vehicle classification to encourage an overall reduction in traffic speed. Any class of vehicles exceeding the speed threshold are specifically targeted by ‘Slow Down’ Warning Signs triggered by vehicle count and classification.

This innovative scheme was so successful that it was recognised by the Highways Awards, being awarded Road Safety Scheme of the Year 2017. This achievement marks another milestone in Coeval’s mission to make UK roads a safer place through intelligent technology.

WINNER The Highways Awards –
Road Safety Scheme of the Year 2017

“Scotland TranServ identified that the A75 had an accident rate 1.5 times higher than the UK average, with Heavy Goods Vehicle drivers at particularly high risk…” 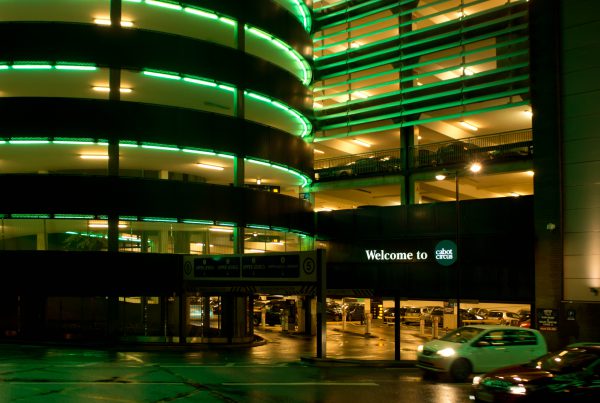 Cabot Circus, a shopping destination in the heart of Bristol, with over 120 high-street and… 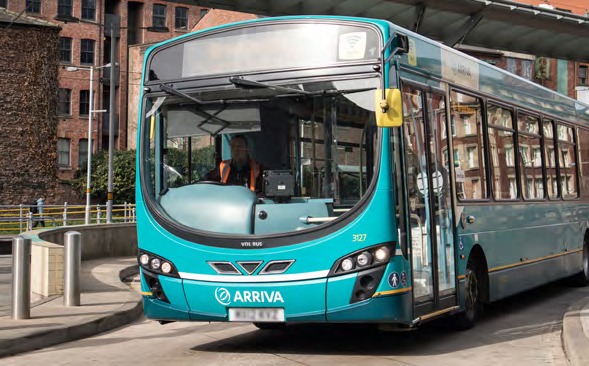 Coeval was approached by Arriva UK Bus to help improve safety around their Luton site. 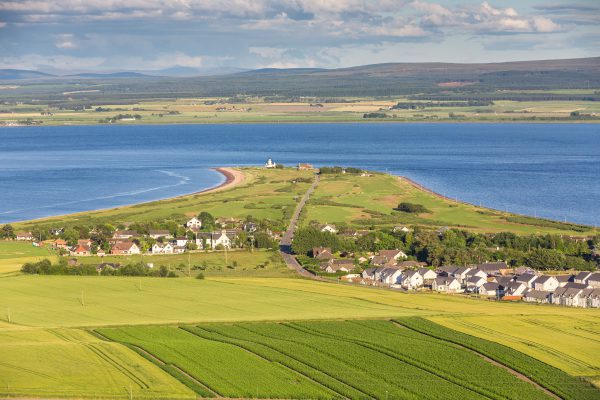 Insights: How LED signage can help to guide the way during the ‘great staycation’

While the UK continues to take cautious steps out of lockdown, many outdoor tourism attractions…